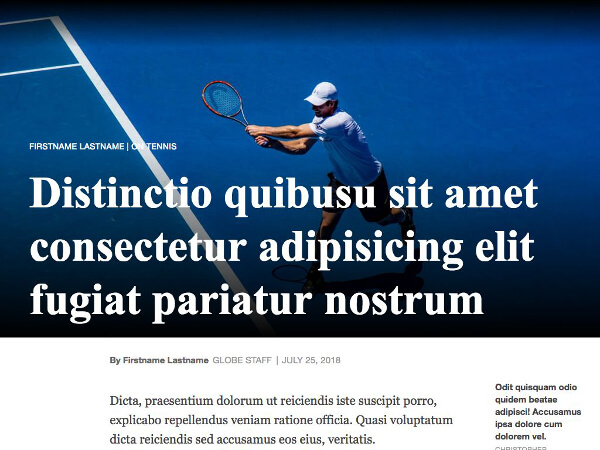 The Boston Globe’s landmark redesign in 2011 ushered in the industry’s move to responsive web design. With CSS Grid poised to make a powerful impact of its own, it’s only fitting that we take a look at how we could replicate one of the Globe’s layouts with Grid.

A basic understanding of Grid should be enough to follow along with the majority of examples here. If you’re new to Grid, peruse the Resources page, which also includes links for learning Flexbox and Shapes.